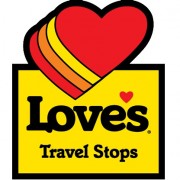 A proposal for a new truck stop in Hopkinton, R.I. – just beyond the Connecticut/Rhode Island border off I-95 – will increase the space available for truck drivers to rest and refuel along I-95 in southern New England. From The Day…

A proposed truck stop across the border in Rhode Island would help address a lack of places for truckers to rest and gas up along Interstate 95, while providing some unwanted competition for the truck stop here, according to some in the trucking industry.

An important corridor for commercial trucking between New York and Massachusetts, I-95 has only one truck stop, North Stonington’s American Auto Stop, between Branford and West Greenwich, R.I. North Stonington has long been home to a truck stop, with the most recent one opening in 2007.

“Connecticut and the nation as a whole has a shortage of truck stops,” said Joseph Sculley, president of the Motor Transport Association of Connecticut. He pointed to a study conducted by the American Transportation Research Institute, a nonprofit that studies the industry, which ranked truck parking as the fifth most critical concern facing the industry in 2015.