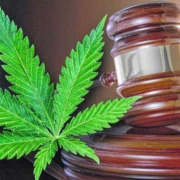 States have taken it upon themselves to advance the legalization of marijuana, both recreationally and medically. As such, a regulatory tension developed between state and federal policies as the federal government continues to classify marijuana as a Schedule 1 drug. In an effort to alleviate that tension the Marijuana Opportunity Reinvestment and Expungement Act (MORE Act) was reintroduced in the House of Representatives in 2021, after a previous iteration failed to pass the Senate in 2020. The MORE Act would remove marijuana from the list of controlled substances and provide new regulation at the federal level. Senators Booker, Schumer, and Wyden plan to introduce a similar bill in the Senate. However, while the Act would remove the classification of marijuana as a Schedule 1 drug, it will not open the door for truck drivers to begin using it either recreationally or medically. Specifically included within the language of the MORE Act are provisions that allow federal transportation agencies to continue to test drivers for any substance that was classified as a Schedule 1 drug as of December 18, 2018, and as specified by the Secretary of Transportation.

Because marijuana was classified as a Schedule 1 drug in December 2018, it is likely that even if the MORE Act becomes law, there would be no circumstances in which truck drivers would be permitted to operate their vehicles after using the substance. Truck drivers are classified as safety-sensitive employees, and therefore are able to be tested at the discretion of the Department of Transportation (DOT). DOT consistently has been clear that regardless of state regulation, marijuana use by truck drivers is not permitted, per 49 CFR Part 40. Therefore, drivers who test positive for marijuana (even in states where its use is legal and/or not criminal) cannot be certified fit to drive by Medical Review Officers. This holds true even with a recommendation from a physician that the driver’s use of marijuana is for medical benefit.

Given that the use of marijuana by drivers is prohibited, may operators are turning to Cannabidoil (CBD) products for a similar effect. DOT has announced that the testing requirements concern marijuana, and they do not test for CBD. However, DOT has warned that the Food and Drug Administration does not certify the levels of THC indicated on CBD labels, and any product that surpasses the 0.3% THC concentration threshold is classified as marijuana and, thus, falls under the Schedule 1 classification. DOT also warns that drivers should use serious caution when using CBD products because the lack of federal oversight could result in a positive drug test.

Marijuana continues to live in a complex and convoluted realm between state and federal regulation. In short, the Department of Transportation has made it abundantly clear that medical or recreational use of marijuana by truck drivers is not permitted. State-level regulations do not give a driver the ability to use marijuana in any capacity or a safe harbor defense. Further, drivers must take extra care if using CBD, given the lack of federal regulation concerning THC concentrations, coupled with DOT rules that any level over on 0.3% will be deemed a positive test for marijuana. And, while there is a renewed motivation in Congress to push through new laws and regulations, these new initiatives will not alter DOT’s drug testing authority over tractor-trailer operators.