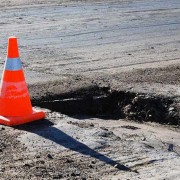 In a recent Letter to the Editor published in the Hartford Courant, Mike Riley, President of MTAC, urges the people of the state to figure out what revenues should be part of the Special Transportation Fund and amend the State Constitution to protect the STF from raids. The letter appeared on April 16, 2015.

The Courant accurately points out the problem of using transportation funds for other purposes [April 5, “Don’t Raid Dedicated Funds”].

Revenue to the Special Transportation Fund should include all fuel taxes (and yes, the gross receipts tax is a fuel tax that currently goes directly to the general fund). It should also include registration, license and permit fees, fines, sales tax on automobiles, fare box revenue from transit operations and all other payments by users of the state’s transportation assets.

These funds should then be spent only on highways, bridges, passenger rail, bus, bicycle and pedestrian programs.

Before we start short-stopping more Special Transportation Fund revenue, even for good causes, and before we start looking for “new” revenue, the people of this state need to do two things:

Get involved with Truckers Against Trafficking
Scroll to top