Blog - Latest News
You are here: Home1 / News2 / Get involved with Truckers Against Trafficking 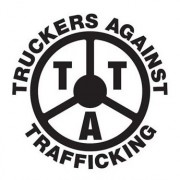 Motor Transport Association of Connecticut is proud to be affiliated with Truckers Against Trafficking. TAT is a 501(c)3 that exists to educate, equip, empower and mobilize members of the trucking and travel plaza industry to combat domestic sex trafficking.

As the eyes and ears of our nation’s highways, the trucking industry has the ability to help combat sex trafficking in the United States. Your call to (888) 373-7888 has and can save lives in the future.

Human trafficking, a term for modern-day slavery, is a $32 billion worldwide industry with more than 20.9 million people enslaved. It has been reported in all 50 states, and the number of victims in the United States is estimated in the hundreds of thousands. The TAT website has been created to enable members of the trucking/travel plaza industry and other travelers learn what you can do to help stop this atrocity.

You can help by getting trained with TAT materials.

Learn about Truckers Against Trafficking

Two American teens are targeted at their high school by a trafficking ring. They were kidnapped to be prostituted at motels, strip clubs, the internet, and truck-stops. One trucker’s call changed all of that. Hear from truckers who have seen human trafficking on their routes, the FBI, a trafficking victim rescued through the call of a trucker, and information on concrete ways members of the trucking/travel plaza industry can fight this crime in the course of their daily work.

Truckers Against Trafficking (TAT) is proud to announce that we have been awarded the Suzanne McDaniel Memorial Award for Public Awareness as part of the annual Congressional Victims’ Rights Caucus Awards on April 22 at the Rayburn House Office Building in Washington, D.C.

Bill Brady, an 18-year veteran over-the-road truck driver for Lodestar, accepted the award on behalf of TAT. A dedicated trucker against trafficking, Brady has been working with TAT since 2012, speaking at schools and colleges, working trucking shows for TAT and often driving the Freedom Drivers Project to various locations around the country. To read his remarks, click here.

“It is truly an honor to be accepting the Suzanne McDaniel Memorial Award for Public Awareness. She was an incredible woman who did so much to help those who needed it most, and that is exactly what we’re trying to do at TAT each day … help the exploited and vulnerable. None of it would be possible without our industry partners who are truly driving change in combating domestic sex trafficking. This is a great moment for all of us,” stated TAT Executive Director Kendis Paris.