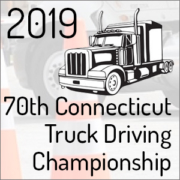 Budlowski will be joined by eight other class winners at the National Truck Driving Championships in Pittsburgh on Aug. 14-17. Last year’s Grand Champion was Mark McClure, who competed for the second straight year in 5-Axle after winning Sleeper Berth in 2016-17.

See the complete article (and list of winner) from Transport Topics online.