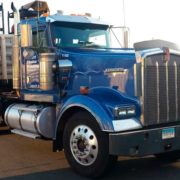 Across the trucking industry, the commercial driver shortage is often a topic of discussion. In fact, for the fourth consecutive year, the driver shortage was the top industry issue overall on the American Transportation Research Institute’s Top Industry Issues list for 2020.

And while there are a large number of issues that need to be addressed, more often than not there are an equally large number of ideas for helping to solve one of the industry’s biggest challenges. One of those is the long-standing topic of whether to license 18- to 20-year-old drivers to haul loads across state lines.

Proponents of that rule change often point out that drivers younger than 21 can obtain CDLs for intrastate hauls in every state except Hawaii, making the interstate prohibition unfair when even simple travel distances are considered. An example of that thinking is that while 18-year-olds can legally drive the nearly 750 miles across Texas from El Paso to Houston, a Virginia driver under 21 is not allowed to make a delivery a few miles away in neighboring Maryland.

In part, the Federal Motor Carrier Safety Administration (FMCSA) might just agree, at least to the extent that the agency is considering a rule change that would allow truck drivers between 18 and 20 years old to operate across state lines. In 2019, FMCSA began addressing the need for a pilot program, and this past fall it started asking for industry and public input about the idea.

During the FMCSA pilot, 18- to 20-year-old drivers with a CDL would be allowed to operate on interstate routes in standard configuration commercial vehicles, except those hauling hazardous materials or carrying passengers. The program would include a 120-hour probationary period followed by a 280-hour apprenticeship with an employer.