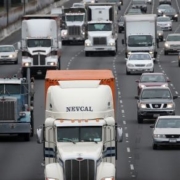 Gov. Ned Lamont has signed a Memorandum of Understanding (MOU) to signal Connecticut’s intention to join the Transportation Climate Initiative. However, a MOU has no force of law, and the Connecticut legislature should follow the lead of other states (Maine, New Hampshire, Vermont, New York, New Jersey, Maryland, Virginia, Pennsylvania, and Delaware) who have signaled their skepticism of TCI through their decision not to sign the TCI MOU.

The name Transportation and Climate Initiative sounds nice, but ultimately it is nothing more than an increase in costs to consumers, which will not have any impact on climate change. TCI proponents can refer to it as a “cap and invest” system, but the public needs to know what this really means. The government is taking money from a private sector entity (fuel wholesalers) through the imposition of an “emissions cap” and forced purchasing of “allowances.” This is a tax, according to the Merriam-Webster  dictionary definition which defines a tax as “a charge usually of money imposed by authority on persons or property for public purposes.”

These TCI imposed costs would be passed on to consumers, as is every other cost that a business incurs. The TCI costs would essentially function like a third fuel tax in Connecticut, on top of the existing per-gallon fuel taxes, and the Petroleum Gross Receipts Tax (PGRT) that Connecticut already imposes, which are already factored into the price of a gallon of fuel.