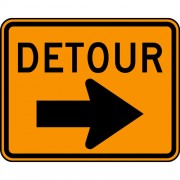 Some MTAC members may already be aware of construction on Route 8 in Bridgeport, Connecticut. For those who might not know, in general the project involves the replacement of the superstructures (beams and concrete decks) of several bridges on Route 8/25, approximately two miles north of Interstate 95.

The bridges carry Route 8/25 over Lindley Street and Capitol Avenue. There are two bridges at each location (one northbound and one southbound), separated by a median. As part of this project, they will be replaced in two phases.

During the first phase – scheduled for June 11-25 – the southbound bridges will be replaced. During this phase you should expect that:

Upon completion of the southbound bridge replacement, traffic flows will return to normal for approximately three weeks. A second phase – scheduled for July 16-30 – will allow the replacement of the northbound bridges. During this phase you should expect that:

MTAC members should visit a website that has been created for this project, sign up to receive email updates, and review detour maps.

Warehouse Contract webinar on May 12
Scroll to top