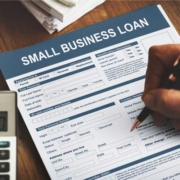 From Journal of Accountancy.

Treasury and the U.S. Small Business Administration (SBA) released new Paycheck Protection Program (PPP) guidance Friday night that provided some clarity on several loan forgiveness questions but didn’t address the two parts of PPP that arguably have generated the most concerns among the millions of small businesses and other entities that have received funding.

Those two issues are the focus of multiple bills being considered in Congress.

See the complete article from Journal of Accountancy online.