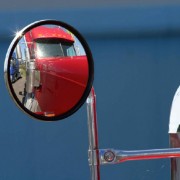 As summer ends, MTAC looks forward to cranking up the gears to some big issues and activities ahead.

Transportation Finance Authority –Governor Malloy appointed this group to make recommendations to provide the funding to pay for his ambitious 30-year $100 billion transportation infrastructure program. They have been discussing congestion pricing, tolling, public private partnerships and mileage taxes. It’s anticipated that their report will be released in October. That release will precipitate the calling of a special session of the Connecticut General Assembly to act upon their recommendations. MTAC will be very busy dealing with whatever is proposed and fighting for a constitutional amendment to protect transportation funding from further raids.

In September, Connecticut Academy of Scientists and Engineers (CASE) will release their report on the corrosive effects of chemicals used to treat roads during winter weather. The academy has held several sessions, which MTAC has attended. On a couple of occasions MTAC, with the help of Bob Hamilton of Bozzuto’s and Kim Pelletier of Truck Builders, was able to graphically illustrate, with actual corroded components, the damage these chemicals cause in motor vehicles. MTAC has been leading the charge pointing out the downside risk of the products used in many states to pre-treat road surfaces and to minimize the effects of snow and ice on roads and bridges.

At the end of September, a delegation from MTAC will participate in our third Call on Washington. This program, coordinated by American Trucking Associations, provides briefings on all of the current federal legislative issues to local business leaders. They then visit with members of Congress to lobby their own representatives. It has been called the most effective lobbying effort ever undertaken by the trucking industry. This year reauthorization of the federal highway bill, longer combination vehicles, hours of service, electronic logging devices and air quality standards will be among the topics we discuss with Connecticut’s five representatives and two senators. We would welcome others to join us on what has become an effective and enjoyable association tradition.

American Trucking Associations will hold its 2015 Management Conference and Exhibition in Philadelphia in mid-October. This annual event brings the top management of trucking companies all across the nation, manufacturers and service professionals for some high level discussions and economic activity.

MTAC will hold its 95th Annual Meeting and Conference on October 29. The results of a recent survey of members will allow us to tailor this meeting to provide the value of most relevance to Connecticut based members. This will be Mike Riley’s 28th and last annual conference. This year, the person who will succeed Mike, as president of MTAC, will be introduced for the first time to the general membership and annual meeting.

The Dump Truck Division Christmas Party will hold its traditional holiday celebration for construction companies and their drivers. Great door prizes and the camaraderie of friendly competitors ensure a fun night will be had by all.