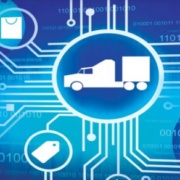 Ongoing shortages of replacement parts for failed diesel exhaust fluid quality sensors are believed to be causing thousands of trucks nationwide to be disabled and parked.

The sensors, which measure the quality and level of diesel exhaust fluid (DEF) in the tank, normally retail for roughly $300. But due to global computer chip shortages causing a backlog the part is being offered for sale — in some cases on digital retail sites such as eBay — for as much as $7,000, according to some industry technicians.

Enos said there is a fail-safe that’s built into the selective catalytic reduction system of 2010 and newer trucks. “If it senses too much [nitrogen oxide] it will derate the engine,” he said.

Enos, chairman-elect of American Trucking Associations’ Trucking Association Executives Council, and others say a software fix could at least temporarily get the sidelined trucks moving. However, that will require approval of a new software code by the U.S. Environmental Protection Agency. Absent that, running a truck with a defective sensor would not only cause its speed to drastically decline, but would violate current federal emissions regulations, he said.

“The interruption in the DEF quality sensor supply came about suddenly, but heavy-duty engine manufacturers have reacted with urgency to propose a software calibration to EPA and the California Air Resources Board to address customers who have experienced a sensor failure,” said Steve Berry, technical staff adviser with the Truck and Engine Manufacturers Association. “Getting commercial trucks back on the road to support the movement of goods and ensuring new truck orders can be delivered without delay is critically important. EMA and the OEMs are continuing to work with the regulatory agencies to finalize the technical solution and get it out to the field.”