Blog - Latest News
You are here: Home1 / News2 / Could reclassification of gig workers result in loss of jobs? 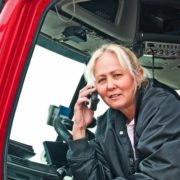 As efforts to crack down on employers misclassifying workers as independent contractors ramp up in Washington, a new research brief from a Mercatus Center at George Mason University senior research fellow is warning of unintended consequences should the current rules change.

“By narrowing the definition of what it means to be an independent contractor, state and federal authorities, such as those at the DOL (Department of Labor), are hoping that organizations will hire workers as employees instead of as independent workers,” wrote Liya Palagashvili. “At first glance, this change portends significant gains for workers who are reclassified as employees and receive proper benefits and protections. But there are reasons to doubt that independent workers will benefit from the new restrictions.”

Mercatus is a libertarian, free-market think tank. Palagashvili argues that instead of companies, including those such as in the last-mile delivery gig economy, shifting independent contractors to employee status, they instead will simply hire fewer workers. And some of those workers may receive lower pay to compensate for the benefits they must be provided as full-time employees.