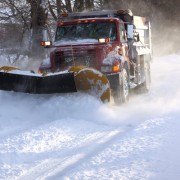 In February, MTAC sent an email to members referencing an article in the Connecticut Mirror written by Jan Ellen Spiegel concerning the use of sodium chloride, magnesium chloride and calcium chloride during the winter months and the effect the treatments have on truck parts here in southern New England.

Lawmakers in Connecticut are considering whether the state should examine the effect chemical road treatments have on state, municipal and private vehicles, bridges and highways, as well as the environment.

Today, the Transportation Committee heard testimony on a bill that would require the state Department of Transportation to analyze any possible corrosive effects of chemical road treatments.

The Motor Transport Association of Connecticut has questioned the use of such winter road treatments over the years.
Last year, the group called on the General Assembly to make deicers like magnesium chloride illegal, claiming the chemical has been corroding trucks.