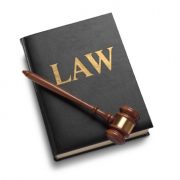 Now that the U.S. Supreme Court has declined to review a challenge to a controversial California law aimed at reclassifying owner-operators as motor carrier employees, carriers and independent contractors could soon be thrust into an uncertain business environment.

By remaining silent on a challenge to California’s AB 5 law, the high court on June 30 sent a clear message to the trucking industry, but the fallout could be unsettling for some on both sides of the issue.

The California Trucking Association, which asked for a Supreme Court review of its 2018 lawsuit, said of the court’s decision to not hear the case: “Gasoline has been poured on the fire that is our ongoing supply chain crisis.”

CTA also said the AB 5 law “would cause motor carriers and owner-operators to bear the substantial, if not insurmountable, costs and burdens associated with shifting to an employer-employee business model.”

Now that an injunction at the federal district court level has been lifted, the law is immediately enforceable. And based on a statement by California Attorney General Robert Bonta, that’s exactly what the state is planning to do.

The AB 5 law, which was planned to take effect in January 2020, was stalled for a little more than two years due to the federal lawsuit filed by CTA, aimed at seeking to put a stop to a so-called “ABC test” designed to reclassify independent contractors into motor carrier employees.

The three-pronged ABC test requires motor carriers to classify their workers as employees unless they demonstrate that the worker: