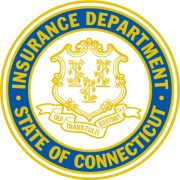 Continued reductions in workplace injuries and claims are two of the reasons that workers compensation insurance in Connecticut is getting less expensive for businesses.

The National Council on Compensation Insurance, which analyzes and recommends rates in more than 40 states, asked for a 10.9 percent overall average rate reduction.

Insurance Commissioner Katharine Wade said Monday that the 10.9 percent reduction was approved by regulators. That makes it the third straight year workers compensation insurance has dropped in Connecticut.