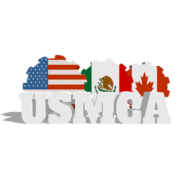 The White House plans to send its replacement for the North American Free Trade Agreement to Congress after Sept. 1, setting up a vote by the end of the year, sources told CNBC.

The White House could submit the bill to Congress as soon as this week to start the approval process. House Democrats are meeting in working groups to hammer out issues with the existing agreement.

But the White House and Office of the U.S. Trade Representative disagree over how aggressive a strategy to pursue in getting the deal through Congress, a senior administration official and two senior GOP aides said.

Despite those differences, the White House and USTR agree the Trump administration could benefit from another month to sell the deal to members of Congress unsure about supporting it.