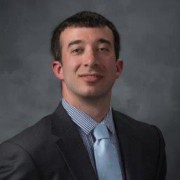 They say those who do not study history are doomed to repeat it.

Everyone in Connecticut should study history of the creation of the state income tax, because the state appears on track to being doomed to repeat a bad decision by implementing tolls.

When the income tax was being debated, it was pitched as the only way to restore fiscal stability. Since the new income tax would be created, significant sales-tax cuts were promised, and the sales tax rate was cut to 6 percent. That rate is currently 6.35 percent, but an increase to 7 percent is now on the table. Additionally, the initial income tax rates have also increased since its inception.

Now, tolls are up for debate and are being pitched as the only way to secure revenue for the Special Transportation Fund. There are token offers to slightly cut fuel taxes in exchange for tolls. Tolls inherently increase once they go up, so we know that creation of tolls will be just like creation of the income tax. Once it’s there, the rates will only increase.