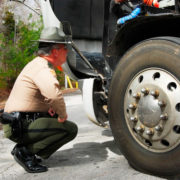 In Overdrive’s annual CSA’s Data Trail update, a little later than usual this year, after a few years of decline in the totals overall, RigDig’s count of inspections associated with a U.S. Department of Transportation number increased by more than 4 percent. Fortunately for operators, those additional thousands of inspections can be attributed in part to an influx of inspections that contained no violation.

All but eight of the 48 continental United States showed small to marked increases in the percentage of inspections that were clean, which helps a carrier’s CSA scores.

Last year was the first full year to pass since those scores were pulled behind the curtain from the public by Congress, after lawmakers got an earful from truckers over issues of data quality, scoring fairness and more.

States finally appear to be responding to a long push from truckers and, in some senses, regulators and lawmakers to get more jurisdictions to “finish the job” on clean inspections. That means inspectors go through the steps to file a Level 3 driver-credentials inspection, at least, with any quick check that otherwise might not rise to the status of a full Level 1 truck and driver inspection.

“There is a concerted effort among the states to complete inspection reports when no violations are found,” says Collin Mooney, executive director of the Commercial Vehicle Safety Alliance. The coalition of law enforcement and trucking concerns oversees the national inspection program’s levels, out of service criteria and more. “That can be a little subjective in terms – it’s not always the case that a report should be generated” after every stop at the roadside or quick glance through a log book at a weigh station. All steps required by CVSA’s inspection-level definitions must be completed to file an official inspection.