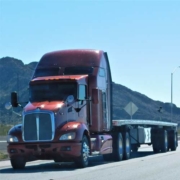 Truck tonnage in September increased 5.5% when measured against the same month a year ago, and on a sequential basis it rose 0.5% from August, according to American Trucking Associations.

ATA released the index Oct. 18, and said the latest gain put tonnage at the highest level since August 2019 and the third-highest level on record.

“This is another example of how the contract freight market remains strong despite weakness in the spot market this year,” said Bob Costello, chief economist for the federation.