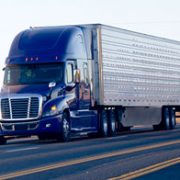 Connecticut’s trucking industry is cautiously watching a recent slowdown in activity that follows a highly successful 2018, because it could be a harbinger of economic slowdown.

Freight hauling, truck orders and trailer orders all declined in November and December. And while January numbers crawled back up just a bit, there’s reason to think about whether those numbers are a sign of a coming recession for the state, said Joe Sculley, president of the Motor Transport Association of Connecticut.

“What made us start watching was the monthly tonnage numbers at the end of 2018 after having a really good January through October [of 2018],” Sculley said. “November and December, they both took a step backward. Our industry is always on the front end of whatever is about to happen economically, good or bad.”

Sculley and officials from the American Trucking Associations said the recent performance may be just a moderation of unsustainable 20-year-high numbers over the prior 12 months.

But since most consumer products and commercial materials spend a lot of time in trucks, the industry is often seen as an economic indicator. If less goods are being hauled around the country, an economic slump could be ahead.

The next few months will tell a lot about the regional economic conditions, Sculley said.

“If there is an economic slowdown, generally consumer spending declines if there’s not enough money in the economy for consumers and businesses to buy things, and that’s less freight to be moved,” Sculley said. “If truck orders are being cancelled, that means fleets are realizing they won’t have the freight to move.”