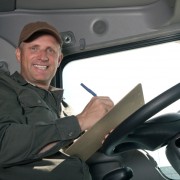 Day traders had driven Workhorse (NASDAQ: WKHS) shares to record levels in recent months, anticipating that at least a piece of the multibillion-dollar contract would be awarded to the company. It was one of three finalists. The Postal Service delayed awarding the contract for several years after inviting seven companies to build prototypes for evaluation.

Investors, especially day traders on the Robinhood platform, led to Workhorse being among 50 stocks whose trading Robinhood suspended during the recent meme stock frenzy.

Oshkosh, based in the Wisconsin city of the same name, makes off-highway equipment, refuse and severe service equipment in addition to military vehicles. The Oshkosh M-ATV is a mine-resistant ambush-protected vehicle for the MRAP All Terrain Vehicle program intended to replace the M1114 HMMWVs, known as Humvees.

The Postal Service said little and discouraged companies in the running from talking about the bid process. Oshkosh recently related to investors its willingness to make battery-electric-powered vehicles if that is what the Postal Service wanted.

With new administration, regulatory policy changes could be coming
Scroll to top