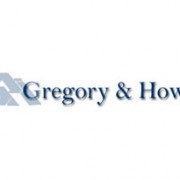 Federal regulations state that Commercial Driver’s License (CDL) holders must be randomly tested throughout the year. In addition to random testing, CDL operators are also subject to pre-employment testing, post-accident testing, reasonable suspicion testing, return to duty testing, and follow-up testing as a consequence of testing positive in an earlier test.

These regulations can be difficult for individual companies to comply with, especially smaller businesses. However, getting involved with this program greatly simplifies compliance for participants. Members simply sign up once with MTAC, and then work directly with Gregory & Howe from everything to adding/dropping drivers from the pool, to having the actual testing conducted. Members interested in joining the program can complete this enrollment form to get started.