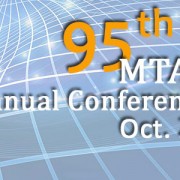 Bob Hamilton, Director, Fleet Maintenance, for Bozzuto’s Inc., was reelected to the position of American Trucking Associations (ATA) Vice President for MTAC. The Association will have a new Treasurer for the first time in many years. Norm Bolduc, President, Kay’s Trucking, will serve as Treasurer following many years of dedicated service from Tim Hitchcock of Toce Brother’s. Mr. Hitchcock followed in his father’s footsteps, as he also provided many years of great service as MTAC Treasurer. As Mr. Bolduc moves from the position of Secretary to Treasurer, Andy Anastasio, Jr., Anastasio & Sons Trucking Company, will become the MTAC Secretary.

The 95th MTAC annual meeting also marked a major milestone, as it serves as the transition point in which Joseph Sculley officially assumed the role of President from Michael Riley, who is retiring after 29 years of exceptional service. Mr. Riley will remain actively involved with the association, and will serve as a consultant who will focus especially on legislative matters moving forward.

During the meeting, ATA Chairman Pat Thomas, who is the Senior Vice President, State Government Affairs, for UPS, spoke about the need for Congress to approve a fully-funded highway reauthorization bill, and about the need for the industry to proactively tout its safety record. This was Mr. Thomas’s first public appearance as ATA Chairman, and his time and thoughtfulness in addressing MTAC annual meeting attendees is greatly appreciated.

Attendees also received valuable education from Lieutenant Don Bridge about roadside inspections, and pre-trip and post-trip inspections, among other things. Lt. Bridge is Connecticut’s top safety enforcement official, and his attendance and participation at this meeting were greatly appreciated.

MTAC looks forward to hosting an even bigger and better 96th annual meeting next year.