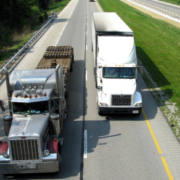 The Connecticut legislature is attempting to pass a bill which would have Connecticut adopt California’s truck emissions standards, rather than standards set by U.S. EPA. This could be done by either passing HB 5039 as a stand-alone bill, or adding it to a larger environmental bill, SB 4. This is a move that would impose significant costs on your business, while also putting you at a competitive disadvantage, because out-of-state trucks that come to or through Connecticut will not be required to meet these new, expensive standards.

MTAC members need to fight back. Tell your legislators to oppose HB 5039 – California truck emissions standards. This should be done immediately. If you do not know who your state senators and state representatives are, you can check here.

The main points you should highlight in your opposition are 1.) cost and 2.) competitive disadvantage.

Legislative testimony previously submitted by MTAC can be seen here.