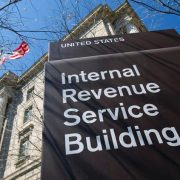 The Office of Chief Counsel of the Internal Revenue Service has issued a memorandum on the liabilities under the heavy vehicle use tax of the parties to a lease of an owner-operator vehicle when the lease ends part-way through the tax year. As usual, the memo states that it is not to be relied on or cited for precedent; we understand, however, that IRS is prepared to stand by it. The specific situation addressed is that when an owner-operator leases his truck to a carrier, and the carrier registers the vehicle in the carrier’s name and pays the HVUT on it. The lease terminates during the ensuing year, and the owner-operator re-registers the truck in his name and begins to use it.

The two questions are: Does the owner-operator now owe tax on the vehicle too, and is the carrier owed a pro-rated credit from IRS for the remainder of the year? The answer to both questions, says the memo, is No. The carrier doesn’t get a credit because this is not one of the few circumstances (a vehicle that’s stolen, destroyed, or sold) where the law allows a credit, and the owner-operator doesn’t have to pay the tax because the truck is already tax-paid for the year. But there’s a catch: federal law says the owner-operator can’t re-register the truck is his own name unless he can show the state he registers with that HVUT was in fact paid.

This may be tricky in some cases, but it’s possible if the state will check the International Registration Plan information to verify that the vehicle was already registered during the tax year, or if the carrier to whom the owner-operator was previously leased will provide him a copy of carrier’s receipted HVUT Form 2290.