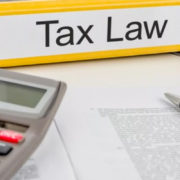 On November 18, the IRS released Revenue Ruling 2020-27, which states that a taxpayer who reasonably expects full PPP loan forgiveness is not allowed to deduct expenses up to the loan forgiveness amount for the year in which the expenses are incurred.

The IRS laid out two situations for calendar-year taxpayers in the revenue ruling.

According to the IRS, in both situations the taxpayer can’t deduct expenses funded with PPP loans in the year incurred because they have a reasonable expectation of forgiveness. The IRS position is that at the end of the tax year, the reimbursement of their eligible expenses, in the form of covered loan forgiveness, is reasonably foreseeable, making it inappropriate to claim the deductions.