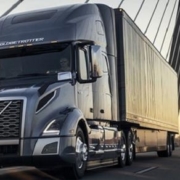 MTAC is issuing this inquiry to all members regarding insurance coverage of younger drivers. A couple of members have recently told MTAC that their insurance carrier demanded that they fire younger drivers who were recently hired by the businesses. MTAC would like to know if this is becoming a widespread problem that might warrant some type of response or action.

Reportedly, the reasoning given to one MTAC member requiring the removal of the younger drivers is that they were too inexperienced. It should be noted that the drivers in question reportedly had a clean driving record. That does beg the question, how is a younger driver supposed to gain more experience if they are not allowed to drive?

Given the well-reported truck driver shortage, a small business in need of workers should not be forced to turn away any individuals who want to join this great industry.

If your business has experienced this situation, please contact MTAC’s Joe Sculley at (860) 520-4455.

Fearless supply chain predictions: Here’s what will happen in 2022
Scroll to top