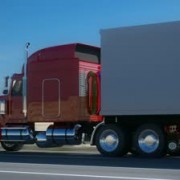 Connecticut has a well-documented shortage of safe areas where truck drivers can get the mandated rest they require. Pride Convenience Inc. from Massachusetts is responding with a proposal to build a retail rest stop in Hartford’s North Meadows area, adjacent to I-91. The facility will include ample parking for trucks and cars, as well as fuel, a convenience store, fast food options and a 1,000-square-foot outdoor pet park.

The Hartford Business Journal provides some details on the facility and notes ground-breaking may happen as soon as September.

State transportation and private-trucking officials say the facility would be a much-needed, welcome solution to a statewide shortage of trucker rest areas.

Pride founder Robert “Bob” Bolduc said his company has purchased several land parcels from the city and private landowners, totaling about 6 ½ acres at the northeast corner of Jennings Road, at the I-91 interchange in the city’s North Meadows.

With the pulling of city building permits and state and federal environmental clearances to install underground fuel storage tanks underway, construction of the 16-pump travel center could begin sometime in September, Bolduc said. Opening is set for Independence Day 2016, staffed with 45 full- and part-time workers, mostly from Hartford, he said.

MTAC has regularly pointed out the paucity of areas where commercial motor vehicles are allowed to park and rest in Connecticut. Building a Hartford rest stop is a welcome development and we look forward to meeting the folks who are investing in this important and needed facility.