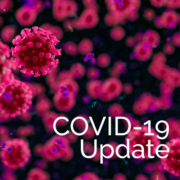 From Associated Press via Transport Topics.

The Federal Reserve expressed concern July 29 that the viral outbreak will act as a drag on the economy and hiring in the coming months and said it plans to keep its benchmark short-term interest rate pegged near zero.

In a statement at the end of its policymaking meeting July 29, the Fed acknowledged that the economy has rebounded from the depths of March and April, when nearly all states closed down nonessential businesses. But it said the ongoing coronavirus pandemic “will weigh heavily on economic activity, employment and inflation.”

The Fed announced no new policies in its statement. It said it also will continue to buy about $120 billion in Treasury and mortgage bonds each month, which are intended to inject cash into financial markets and spur borrowing and spending.

See the complete article from the Associated Press via Transport Topics online.

Advertise in next edition of The Transportation Professional
Scroll to top