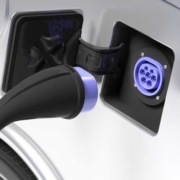 Electrifying the nation’s vehicles and transportation infrastructure exposes drivers and cities to new risks. If cybercriminals hack into electric vehicles, they could not only penetrate the vehicle itself, but also compromise the entire connected infrastructure — including charging stations, electrical grids, back office utilities and the cloud, according to experts at NextGov’s May 6 Cyber Defenders event.

Hackers that get into charging systems can even lock drivers out of their vehicles through a denial of service attack, said Sunil Chhaya, senior technical executive at the Electric Power Research Institute (EPRI).  Threat actors could damage an EV by overcharging its battery or steal payment information through a charging station, Southwest Research Institute Computer Scientist Austin Dodson said. Hackers can also skim credit card information and users’ PIN codes from charging stations. “If they’re able to get that information … that’s obviously very attractive for an attacker,” he said.

When heavy duty vehicles start charging at multi-megawatt plazas, they can strain cities’ power systems. If these systems are not managed or secured properly, attackers can shut down electrical grids and cause blackouts for entire city blocks, Chhaya said.

Fleets of publicly owned vehicles like electric buses, trucks and emergency response vehicles are also at risk. Officials should ensure the vehicles and infrastructure are secure, as disruptions would have a major impact on city and emergency services, the panelists said.

Diesel fuel is in short supply as prices surge — Here’s what that means...
Scroll to top