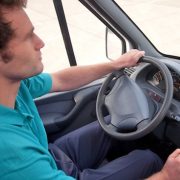 Overall positivity rates in urine drug tests in the transportation/warehousing industry increased 4.4% in 2020 versus 5.5% in 2021 – a relative 25% increase year over year – according to data compiled by medical lab Quest Diagnostics.

Almost 130,000 truck drivers have found themselves in the Drug and Alcohol Clearinghouse as of June 1. Nearly 97,000 are still in prohibited status, and 72,000 of those haven’t even started the return to duty process. Dr. Barry Sample, senior science consultant for Quest Diagnostics, noted that after five years of steady declines in several drug categories, positivity rates based on urine drug tests for the federally mandated, safety-sensitive workforce increased in 2021. Truck drivers make up most of the federally mandated, safety-sensitive group.

On this week’s 10-44, Dr. Sample joins Jason and Matt to discuss the findings of the report, including a positivity rate among the general transportation/warehousing workforce that was the highest among all employment modes, and surging post-accident positives when compared to pre-employment positives.