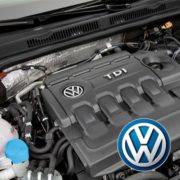 From the Connecticut Department of Energy & Environmental Protection.

The Department of Energy and Environmental Protection (DEEP) is pleased to announce that $7.5 million is now available under Connecticut’s Diesel Emissions Mitigation Program for use by non-government and government entities towards projects to reduce nitrogen oxides (NOx) emissions from a wide array of mobile sources.

In late 2015, Volkswagen (VW) publicly admitted it had secretly and deliberately installed a defeat device – software designed to cheat emissions tests and deceive federal and state regulators – in nearly 590,000 VW, Audi and Porsche model year 2009 to 2016 diesel vehicles sold to American consumers. As a result of a federal civil enforcement case against VW for violating the Clean Air Act, Connecticut is expected to receive over $55.7 million, to be distributed over a ten-year period, for use towards offsetting the excess NOx pollution emitted in Connecticut by these VW vehicles.

Funds for this phase of the Diesel Emissions Mitigation Program will finance projects that replace, repower or retrofit an array of aging diesel mobile sources and/or non-road equipment.  Eligible source categories and funding allocations are specified in the State of Connecticut Beneficiary Mitigation Plan (the Plan) and limited by the Environmental Mitigation Trust Agreement for State Beneficiaries. Both non-government and government entities are eligible to apply.  DEEP will ensure that projects ultimately funded by this program support the goals of the Plan.  Submitted proposals will be evaluated based on the funding criteria outlined in the Plan. After evaluation, applicants will be notified of the status of their proposals; and, following notification, awarded projects should be implemented. Upon successful completion of awarded projects, awardees will be reimbursed.

Note: At this time, we will not be accepting funding applications for Electric Vehicle Supply Equipment (EVSE).  Connecticut has committed in the Plan to use 15% of the overall allocated funds on EVSE projects and those funding opportunities will be announced at a later date.

Reducing diesel-related air pollution is a long standing DEEP priority and with the passage of Senate Bill 7, An Act Concerning Climate Change Planning and Resiliency, Connecticut must now reduce greenhouse gas emissions (GHG) to a level that is at least 45% below 2001 levels by 2030. Given the transportation sector is responsible for approximately 70% of NOx emissions and 40% of GHG emissions in Connecticut, continued emission reductions from increased efficiencies within the transportation sector must remain our focus.  This VW funding to reduce NOx emissions from mobile sources in Connecticut will move us closer towards meeting our health-based air quality standards as well as our long-term climate goals, while at the same time create economic development opportunities in the state.

Proposals are due no later than 5:00 PM EST on July 31, 2018. If you are interested in applying for funding under this program, please review important program information and download forms online.