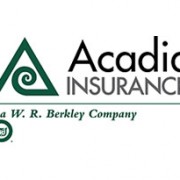 The U.S. commercial automobile insurance segment’s underwriting losses deepened to $4.0 billion in 2019, the segment’s worst loss in 10 years and a continuation of a decade-long trend of worsening underwriting results, according to a new AM Best report.

The segment’s combined ratio deteriorated by 1.4 percentage points in 2019 to 109.4, driven by a nearly 2.0 percentage-point increase in incurred losses and loss adjustment expense (LAE) ratio, the report continued.

AM Best confirmed that calendar year 2019 marked the eighth consecutive year in which the commercial auto line’s combined ratio was materially higher than that of either the commercial lines or the P/C industry in its entirety.

Note from MTAC: MTAC has a great insurance program which is run in conjunction with Acadia Insurance, and their sponsoring agent, Bouvier Insurance. Participating members have saved a lot of money by receiving about $750,000 in dividend payments since the program was created. Interested members should visit this website to reach out to Bouvier Insurance.