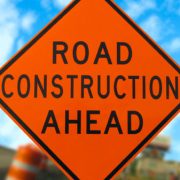 The Connecticut Department of Transportation will be implementing extended lane closures for a bridge rehabilitation project on I-95 Southbound next week and the following week. Significant delays are expected. The details of the lane closures are as follows:

The Connecticut Department of Transportation (CTDOT) is announcing that in observance of the Columbus Day holiday weekend no closures on I-95, I-91, or Route 34 will occur for the I-95 New Haven Harbor Crossing Corridor Improvement Program.

Only work of an emergency nature will be considered.

Those crosshatch patterns that have suddenly appeared at intersections around the city aren’t for decoration. And at a penalty of $117, they’re expensive for drivers to ignore.

The newly painted lines are part of a city ordinance, passed in April by the city council. It’s built on the back of the state’s “don’t block the box” law, signed by Gov. Jodi Rell in 2009.

It’s as simple a concept as it sounds: If you’re driving through a four-way intersection and traffic is backed up on the opposite side, you’re supposed to wait on your side, rather than proceed into — and subsequently block — the intersection to drivers heading in a perpendicular direction.

“We’ve been dealing with gridlock and the problems that come of it for a long time,” Mayor Luke Bronin said Thursday in announcing the policy, effective Monday. “We’ve put in place a new ordinance that makes it clear that if you ‘block the box’ you’ll pay a price, and it’s a steep price.”

Note from MTAC – By state law, “block the box” fines do not apply to tractor-trailers. If any member has a tractor-trailer unit cited for “blocking the box,” they should contest the citation, and also let MTAC know about it. 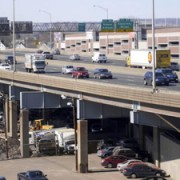 Excerpt from The Hartford Courant.

“Regarding the project generally, highways are for moving freight and people. If we’re going to spend $5 billion or $10 billion we need to relieve congestion. If we don’t, and we end up with tolls on the highway, you’re spending more money to sit on the same congested highway,” Sculley said. 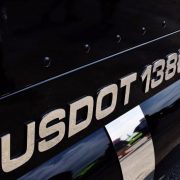 Payments for Unified Carrier Registration (UCR) Agreement fees for 2017 are now being accepted through the UCR website. UCR fees must be paid by any motor carrier or other entity that is required to obtain a USDOT, FF, MC or MX number and/or is required to register with FMCSA. The fee schedule is based on fleet size as follows:

Recently, law enforcement has been more aggressive with enforcement of compliance with the UCR Agreement. Non-payment of fees could potentially result in citations issued at roadside inspections. 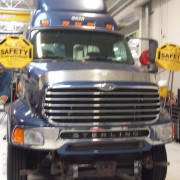 Section 5301 of the Fixing America’s Surface Transportation Act (FAST Act) directs the Agency to amend the FMCSRs to allow devices to be mounted on the windshield that utilize “vehicle safety technology.”

In addition, Section 5301 states that all windshield-mounted devices and technologies with a limited two-year exemption in effect on the date of enactment shall be considered to meet the equivalent-or-greater safety standard required for the initial exemption.

The announcement of this final rule is a non-discretionary, ministerial action that does not require prior notice and public comment under the Administrative Procedure Act.

You can read the final Federal Register notice online. 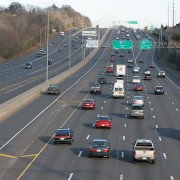 From the Hartford Courant:

The state Department of Transportation is cutting back hours at interstate rest areas in six communities.

Beginning Friday, Rest areas along I-84 in Willington and Southington, I-95 in North Stonington and I-91 in Middletown and Wallingford will be open and staffed from 8 a.m. to 4 p.m. A rest area along I-84 in Danbury will be staffed 7 a.m. to 3 p.m. The state said the move will save $2 million a year.

During off-hours, motorists can still pull over and park at the rest areas but the small buildings that contain restrooms, vending machines, maps and other information will be closed. A spokesman for the DOT said portable toilets would be available when the buildings were locked.

The rest areas are where motorists can pull off to stretch their legs — not the larger service plazas that remain open 24 hours a day.

The reduced hours at the rest areas come after a welcome center along I-95 in Westbrook was closed on July 27. Parking is not available at that site.

The story from the Hartford Courant is available online. 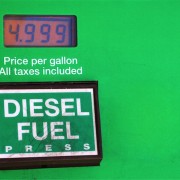 The American Transportation Research Institute (ATRI) today released the findings of its 2016 update to An Analysis of the Operational Costs of Trucking. Using financial data provided directly by motor carriers throughout the country, this research documents and analyzes trucking costs from 2008 through 2015, providing trucking industry stakeholders with a high-level benchmarking tool, and government agencies with a baseline for future transportation infrastructure improvement analyses.

The average marginal cost per mile in 2015 was $1.59, a six percent decrease from the $1.70 found in 2014. This decline in average marginal cost per mile is attributed mostly to the steady fall in fuel prices experienced throughout 2015, but also identifies the late 2015 economic softening that continued into 2016. And, for the first time since ATRI started collecting the industry’s operational costs data, driver costs now represent a higher percentage of overall costs than does fuel.

“ATRI’s ‘ops cost’ research is an excellent barometer of the state of the nation’s economy, as it documented the softening in 2015 but also indicates that costs will be on the rise in 2016,” said Bob Costello, Chief Economist for the American Trucking Associations and a member of the ATRI Research Advisory Committee.

New to this year’s report is additional information on fleet-wide fuel economy and operating speeds and the relationship between speed limiter use and fuel economy.

Since its original publication in 2008, ATRI has received over 10,000 requests for the Operational Cost of Trucking report, and it continues to be one of the most popular reports among industry stakeholders. In addition to average costs per mile, ATRI’s report documents average costs per hour, cost breakouts by industry sector, and operating cost comparisons of U.S. regions.

A copy of this report is available from ATRI. 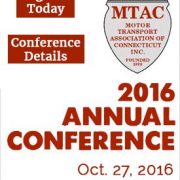 As a reminder, register for the MTAC Annual Meeting which will be held on Thursday, Oct. 27 at Maneeley’s in South Windsor. This year’s meeting includes:

Much more. For more information, visit the Annual Meeting section of the MTAC website.

MTAC is pleased to announce that several member companies have committed to generous sponsorships for the 2016 annual meeting on Oct. 27. Sponsors added this week include Drivewyze, Coastal Carriers, and Acadia Insurance.

Ensure you visit the Annual Meeting section of the MTAC website for a list of all the sponsors. 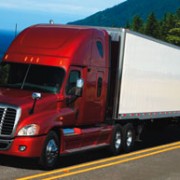 This week, MTAC President Joe Sculley was interviewed by NBC Connecticut for a story on a proposal from the federal government to require speed limiters on new trucks. The video is embedded below, and available online at the NBC Connecticut website. 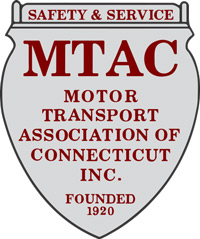