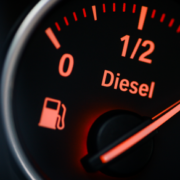 WASHINGTON — President Joe Biden on June 22 will call on Congress to suspend federal gasoline and diesel taxes for three months — a move meant to ease financial pressures at the pump that also reveals the political toxicity of high gas prices in an election year.

The Democratic president will also call on states to suspend their own gas taxes or provide similar relief, the White House said.

But many economists and lawmakers from both parties view the idea of a gas tax holiday with skepticism.

Barack Obama, during the 2008 presidential campaign, called the idea a “gimmick” that allowed politicians to “say that they did something.” He also warned that oil companies could offset the tax relief by increasing their prices.

Biden energy adviser Amos Hochstein pushed back June 22, saying consumers could save about 50 cents per gallon if Congress and the states heed the president’s call.

“That’s not a gimmick,” Hochstein, senior adviser for global energy security at the State Department, said on CNN. “That’s a little bit of breathing room for the American people as we get into the summer driving season.”

It was not immediately clear if the White House has the votes in Congress to suspend the federal tax.

American Trucking Associations President Chris Spear called on leaders in Washington to get serious about lowering energy prices and reducing inflation, rather than considering a proposal to temporarily suspend the federal fuel tax.